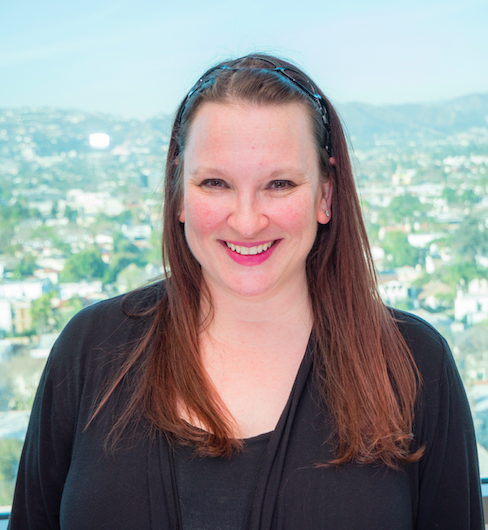 Today’s Jewish writers are reclaiming and reshaping Jewish identity on-screen, and audiences are reacting to the increased Jewish representation with enthusiasm and worry, alternating between celebration at the visibility and condemnation of the stereotypes. So what do we look for in Jewish representation on TV? We’ll look at clips from TV shows (and maybe a movie or two) and talk about how Jewish identity is being portrayed on TV and what that means for Jews worldwide.

Esther D. Kustanowitz is an award-winning writer, editor, consultant and speaker. She is a contributing writer at the L.A. Jewish Journal and a TV columnist at J. The Jewish News of Northern California, and has contributed to The Forward, JTA, The Jewish Week, Hadassah Magazine, Haaretz, eJewishPhilanthropy.com and ModernLoss.com, among others. She co-hosts The Bagel Report, a podcast about Jews and entertainment, and speaks about #TVGoneJewy, a term she invented to describe the increase of Jewish content on TV. As a freelancer, Esther has worked as a communications or editorial consultant for dozens of Jewish organizations. She was the founding editor of GrokNation.com and is working on a book about life after loss called Nothing Helps (But This Might Help).