The section introduces you to our clergy. We our proud of their leadership, their inspiration. 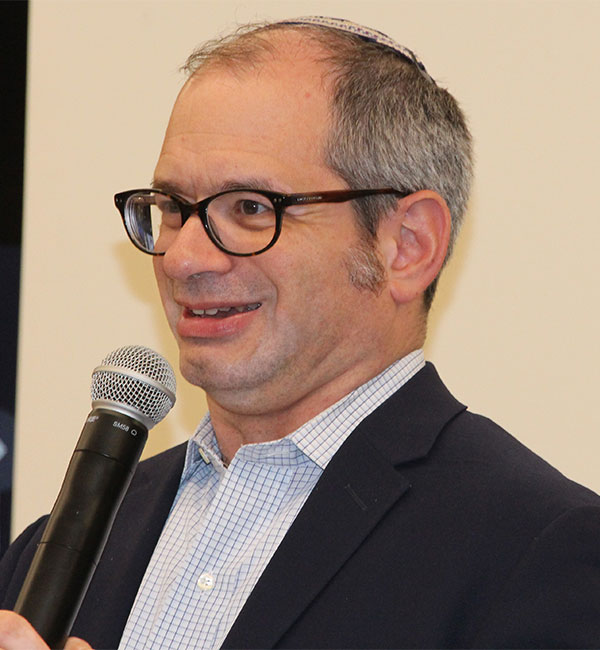 He came to Somerset, NJ after receiving a Masters degree and ordination from the Jewish Theological Seminary of America in 1996. He completed his undergraduate studies at Ryerson Polytechnic University in Toronto in 1991, majoring in journalism.

A native of Toronto, Ontario, Rabbi Wise was active in Conservative movement educational programs and youth groups. He attended United Synagogue Day Schools, Camp Ramah in Canada, and was active in United Synagogue Youth as a teen and later as an advisor. He also led a USY Israel Pilgrimage group when at JTS.

Rabbi Wise’s has focused his energies on sharing Torah with all segments of a congregation. His role involves the monitoring an supervision of our educational programs for our children including assisting with the curriculum and staff. His dedication to teaching torah to our youth extends to those in the post Bar and Bat Mitzvah age group. He equally serves as the leader in our adult education program. As with his years in Somerset Rabbi Wise strives to serve as a personal mentor to members of the community who seek to deepen their Jewish learning and commitment. His work is marked by efforts to help congregants read Torah, haftarah, and increase their skills as shelihei tzibur (prayer leaders).

Community involvement has also been of significance to Rabbi Wise’s rabbinate. During his years in New Jersey he taught rabbinic literature in the upper school of the Solomon Schechter Day School of Raritan Valley. He was vice-president for special programming of the New Jersey Rabbinical Assembly and was a member of the steering committee for Jewish LIFE, a cooperative body of synagogues and Jewish institutions striving to bring superior adult learning to the community. He served on the boards of the Jewish Federation of Greater Middlesex County and the Ramah Day Camp of Raritan Valley.  He also served as a chaplain for the police department.

Zionism is a major focus of Rabbi Wise’s teachings. In 1999, he led the first ever Beth El congregational trip to Israel, and has studied at the Hartman Institute’s Rabbinic Torah Study Seminar.

Up to the May 2021 consolidation creating Congregation Etz Hayim, Rabbi Gary Greene had been the spiritual leader of Marathon Jewish Community Center since 2003. He previously served Temple Beth Sholom, Framingham, MA and B’nai Jacob, Springfield, MA. He graduated the Joint Program between the Jewish Theological Seminary and Columbia University in 1974 and Rabbinical School of the Jewish Theological Seminary in 1978. He is a graduate of Leadership Institute’s third cohort for Hebrew School principals.

Rabbi Greene has been and will continue to be an inspirational leader working with Rabbi Wise, both seeking to lead the congregational community in new and innovative programs to engage and connect. During his tenure at Marathon, Rabbi Greene helped the congregation become an egalitarian synagogue. He instituted a well attended and popular Carlebach minyan, a seeker service, and the Marathon “Lunch and Learn” program. He has revitalized the adult education program as well instituted a family education tract, and an annual Israel Film festival. United Synagogue awarded him the Solomon Schechter Award for Adult Education in 2002. He has taught all ages of children in Hebrew School and at Camp Ramah in New England.

In the community Rabbi Greene inspired and spearheaded the Northeast Queens Jewish Community Council’s participation in the annual Salute to Israel Parade which has grown to 11 participating congregations with over 400 marchers a year. He helped refashion the community wide Yom Hashoa commemorative service.

Rabbi Greene is happily married to Judith Diamond and together they have 4 sons, 3 daughters-in-law, and 1 wonderful grandson, Amichai, Hillel with Lily and our grandson Elisha, Doron with Rebecca, and Asaf with Valeriya. 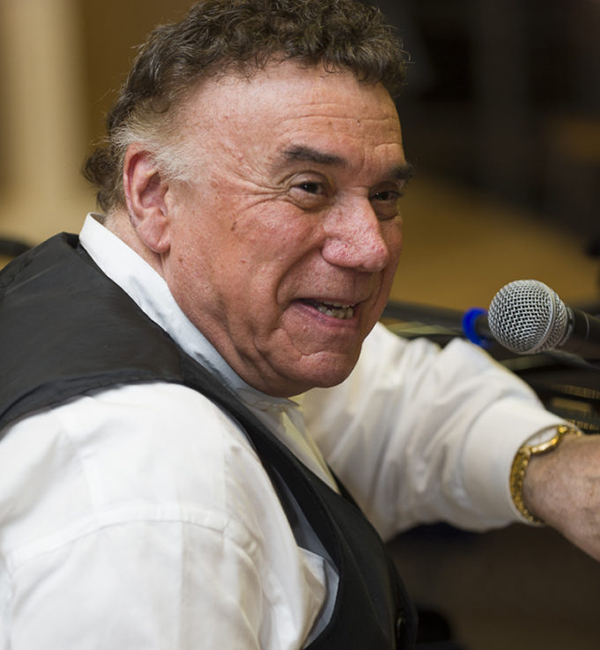 Cantor Zim is a graduate of Yeshivah University H.S., The Jewish Theological Seminary Cantorial Institute, Brooklyn College (BA), and New York University (MA), and is a recipient of his DOCTORATE OF MUSIC, HONORIS, CAUSA, from the JEWISH THEOLOGICAL SEMINARY, as well as the MAX WOHLBERG AWARD FOR COMPOSITION from the CANTOR’S ASSEMBLY.  Cantor Zim studied voice with Kurt Baum as well as twenty operatic roles with Julius Rudel and other great Operatic Coaches of the NY Metropolitan Opera Company and performed all of these roles on stage.  To develop his Cantorial Art/Technique and to Fine-Tune his Artistry of Jewish song, he studied privately with CANTOR MOSHE KOUSSEVITSKY and SHALOM SECUNDA.  Cantor Zim was offered contracts with the Vienna State Opera Theatre and the Israeli Opera Company, however, after contemplating what was most important to him, he decided to devote his life to the furtherance of Jewish Music which had been his passionate mission.

At this stage in his career Cantor Zim is a world renowned Master Cantor, Composer, Songwriter, Recording Artist, Concert Performer, Educator/Professor and Lecturer.  As an outgrowth of his service to the Hollis Hills Jewish Center and in recognition of his worldwide success and the impact it has had on his community, Cantor Zim was awarded a lifetime contract, as Cantor, at the Center.  He now continues in that role for the newly created Hollis Hills Bayside Jewish Center. In addition to Cantor Zim’s passion for writing Jewish Music, he is also dedicated to educating and teaching.  Cantor Zim is Professor of Jewish Music of the Cantorial School at the ‘Academy For Jewish Religion’ in New York City. He also lectures extensively, nationwide for other Cantorial Schools and is a frequent “Scholar/Composer in Residence” for many Jewish organizations and Synagogues where he creates a lasting spark through his energy and his philosophies on Jewish Musical culture.

Cantor Zim has been celebrated for his highly distinctive compositions and has written hundreds of popular & recognizable melodies and arrangements (i.e. L’DOR VADOR, ADON OLAM, KAD’SHENU, SIM SHALOM, AVINU SHEBASHAMAYIM, etc.), which are sung in Congregations the world over. His 25 Recordings feature Yiddish, Israeli, Chassidic, Broadway, Opera and Pop Music. Most of his recordings contain original material and they include music for all ages.  His 13 Books of Original Music are used throughout the world by Cantors, Rabbis and Educators and his”ANTHOLOGIES” (for Shabbat, Rosh Hashannah, Yom Kippur/S’lichot) have become leading guides and textbooks for Cantorial study.  Sol’s “AVINU SHEBASHAMAYIM” is sung in synagogues and concerts throughout the world and has virtually become a Second National Anthem in the State of Israel.

For more about our Cantor please check Cantor Zim’s own website.

After having served the Hollis Hills Jewish Center community since 1976, Rabbi Simckes, in July 2005 assumed the role of Rabbi Emeritus. Far from retiring from the pulpit, Rabbi Simckes intends to remain as a source of spiritual leadership and inspiration for the community he has served; provide assistance and guidance to our new Rabbi, David Wise; and especially devote his time to his desired focus on bereavement counseling.

Born into a third generation Rabbinical family, the Rabbi was raised and educated in Boston, Massachusetts. After graduating with honors from the Boston Latin School (America’s oldest secondary school), he matriculated at Harvard College where he earned a Bachelor of Arts Degree in psychology while simultaneously attending Boston Hebrew Teachers College. He then entered Rabbinical School at the Jewish Theological Seminary in Manhattan where he earned a masters Degree in Hebrew Literature, Rabbinic ordination and subsequently received an Honorary Degree in Theology.

Rabbi Simckes served as Jewish Chaplain and therapist at the Massachusetts Mental Health Center in Boston where he was trained in psychotherapy. The Rabbi pursued his interest in the mental health field by securing further training in transactional analysis and serving as chaplain and counselor at other mental health facilities and institutions in the Boston area and taking advanced courses at Boston University Theological School.

Since coming to New York in 1976 to serve as Rabbi of the Hollis Hills Jewish Center, Rabbi Simckes became deeply involved in Jewish Communal life. For two years the Rabbi served as Chairman of the Task Force on Substance Abuse and Alcohol of the U.J.A. / Federation of Greater New York and is a past president of the Queens Region of the Rabbinical Assembly (Conservative). Rabbi Simckes is a member of the New York Board of Rabbis.

Together with his wife, Chana, former Educational Director of the Oceanside Jewish Center, Rabbi Simckes has led over 40 trips to Israel including two as leaders of U.S.Y Israel Summer Pilgrimage Groups.

Rabbi Simckes has a long and continuing involvement in the Solomon Schechter Day School movement. The Rabbi was one of the Founders of the School in Boston where all his three sons attended and received their grade school education. A vigorous supporter of Day Schools, Camp Ramah, as well as afternoon supplementary Jewish Education, Rabbi Simckes currently serves on the Education Committee and Board of Overseers of the Solomon Schechter Day School of Queens.