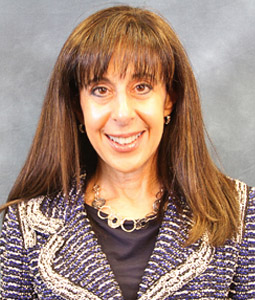 Roberta Rosenthal Kwall is the Raymond P. Niro Professor at DePaul University College of Law. Professor Kwall earned her JD from the University of Pennsylvania and received her undergraduate degree in Religious Studies from Brown University. She also has a Master’s Degree in Jewish Studies.

Professor Kwall is an internationally renowned scholar and lecturer and has published over 30 articles on a wide variety of topics including Jewish law and culture, authorship rights, and intellectual property. She is the author of several law casebooks that are used nationally as well as two monographs: “The Myth of the Cultural Jew: Culture and Law in Jewish Tradition” (Oxford U. Press, 2015) and “The Soul of Creativity” (Stanford U. Press, 2010). Currently she is working on a book for a popular audience about transmitting Jewish tradition in a diverse world.

Professor Kwall also has written numerous Opeds, articles, and book reviews on topics of relevance to the Jewish community that have appeared in The Chicago Tribune, the Jewish Telegraphic Agency, Commentary Magazine, The Forward, The Jewish Week, The Jewish Journal, The Jewish News of Northern California (jWeekly) and eJewish Philanthropy. She has received numerous awards for teaching and scholarship and in 2006, was designated as one of the 10 Best Law Professors in Illinois by Chicago Lawyer magazine. She also founded DePaul Law School’s renowned Center for Intellectual Property Law and Information Technology.

Professor Kwall maintains a Face Book blog under Professor Roberta Rosenthal Kwall that is devoted to illustrating the beauty of the Jewish tradition for a wide general audience. Visit Professor Kwall’s blog here.

Click here for a link on Amazon to Professor Kwall’s book “Remix Judaism: Preserving Tradition in a Diverse World”